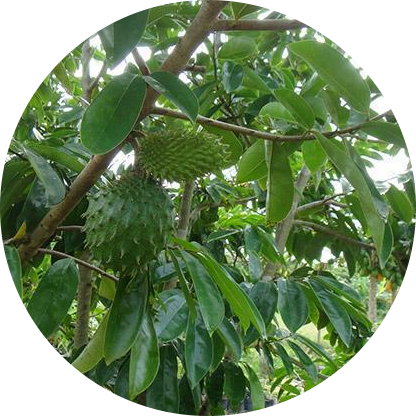 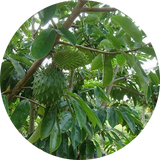 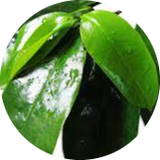 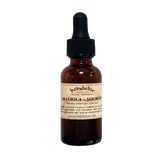 Graviola, native to the Amazon rainforest, demonstrates strong anti-cancer and anti-viral properties. It has been shown to be effective against multi-drug resistant cancer cell lines; it seems to effectively target and kill malignant cells in more than 10 different types of cancer, including colon, breast, prostate, lung, and pancreatic cancer and will inhibit the growth of cancer cells while never damaging healthy cells.

Graviola or Soursop extracts have also been shown to have antiviral, antiparasitic, antirheumatic, astringent, emetic, antileishmanial and cytotoxic effects.

This extract is rich in antioxidants, which help the body fight against free radical damage to cells. As well, Graviola's phytochemicals may help to regulate blood glucose levels and prevent spikes.

Graviola contains Vitamins B1 and B2, and Magnesium, each of which contribute to maintaining normal energy levels and reducing tiredness and fatigue. It also contains Potassium and Calcium, both of which contribute to the maintenance of normal muscle function. Vitamin B1 and Zinc will give the immune system a boost, thereby assisting it in combatting numerous diseases.

Recommended dosage: 2.5ml - 5ml taken in a small glass of water or juice 2 x daily on an empty stomach for better absorption.